Euastacus bidawalus is an intermediate group crayfish from the far south coast of NSW and north eastern Victoria. 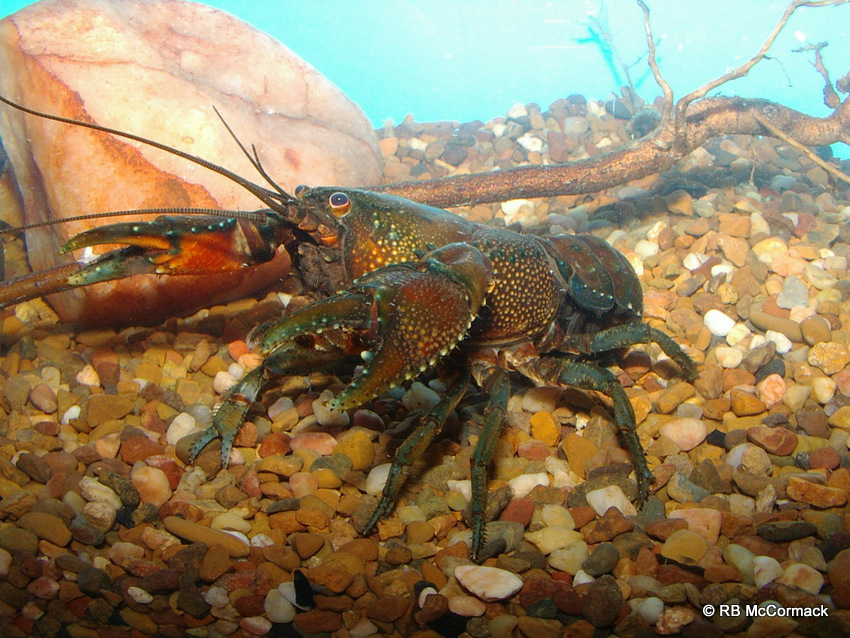 These are a very aggressive, territorial, elusive and rarely seen crayfish that spends most of its time in extensive burrow systems, only venturing out at night. During the day it seems to be inactive, but at night it will move around the creeks and forest floor scavenging and starting new burrows. They start new burrows, going out to work each night overland and then returning before dawn to their home, only moving out when the new burrow is completed. All surface burrow construction occurs at night and this is the best time to observe them as they push the mud up and out of their burrows. Burrows are long and can be deep and complex, with multiple chambers extending into the forest floor. They prefer the marginal areas: stream edges, ephemeral streams and swampy areas. Most burrows will reach the permanent water table and are mostly water-filled. They are mainly vegetarians, consuming detrital material, roots and other plant material. They are rarely attracted to baits or captured in traps, except in flood times when they are more active. Most of the specimens that I have examined have been dug from their burrows or found under large rocks in marginal areas. 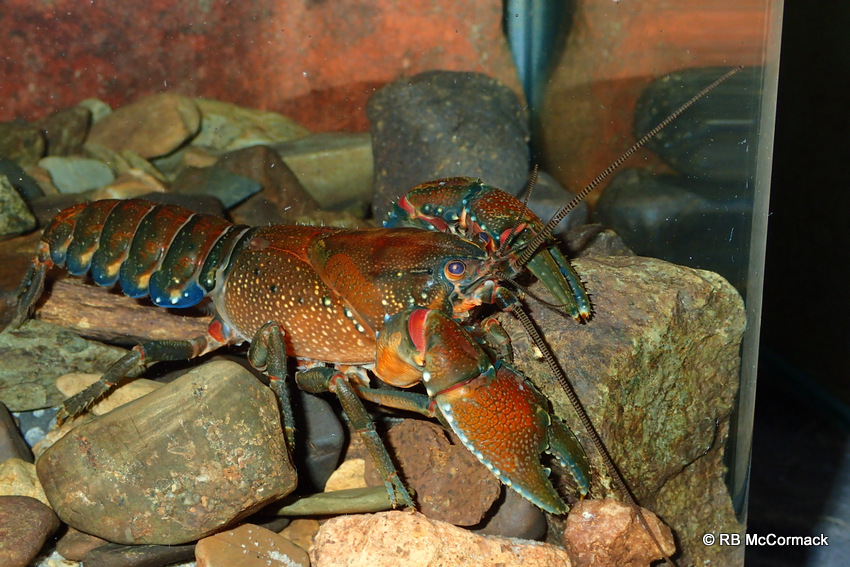 Size: They are a relatively small species, growing to only 70 g and 48 mm OCL. Larger animals over 40 mm OCL have huge burrow systems and are rarely seen; generally it’s the smaller animals that people will see if they go out of their way and try very hard. I should add a note of caution here re size; I expect that this species grows to double the size of the maximum animals we have managed to capture so far.

Breeding: Breeding starts around May–June and young are carried through to December–January for release. Population numbers are high in suitable areas, with females maturing at a relatively large size of 40 mm OCL. Eggs are large, with only 20–40 per female. Not all females breed each year. 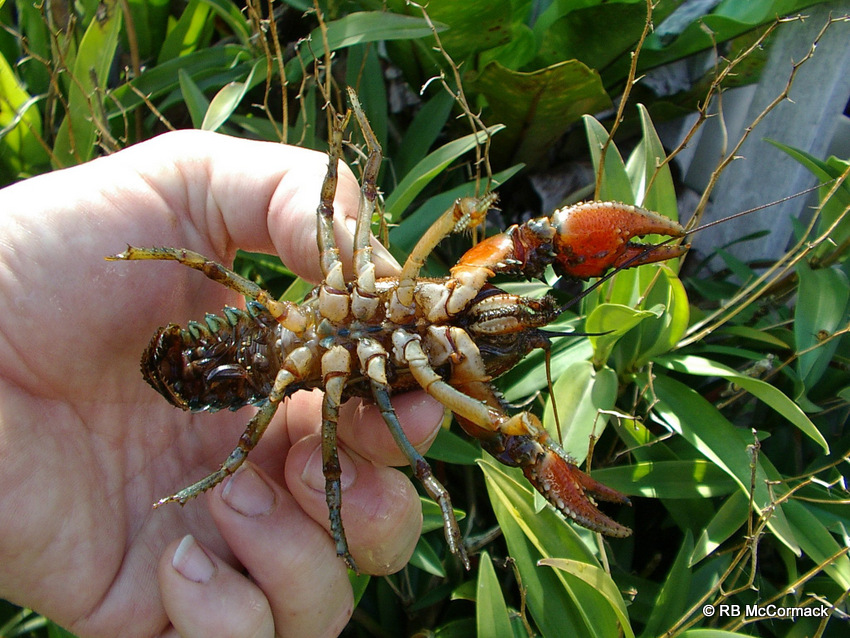 Distribution: Euastacus bidawalus has a relatively small distribution area in south-eastern New South Wales and eastern Victoria. It is a lowland species found below 550 m a.s.l. This species requires research as we just dont know a great deal about it and it is very similar to other species found in East Gippsland and there is currently much confusion. 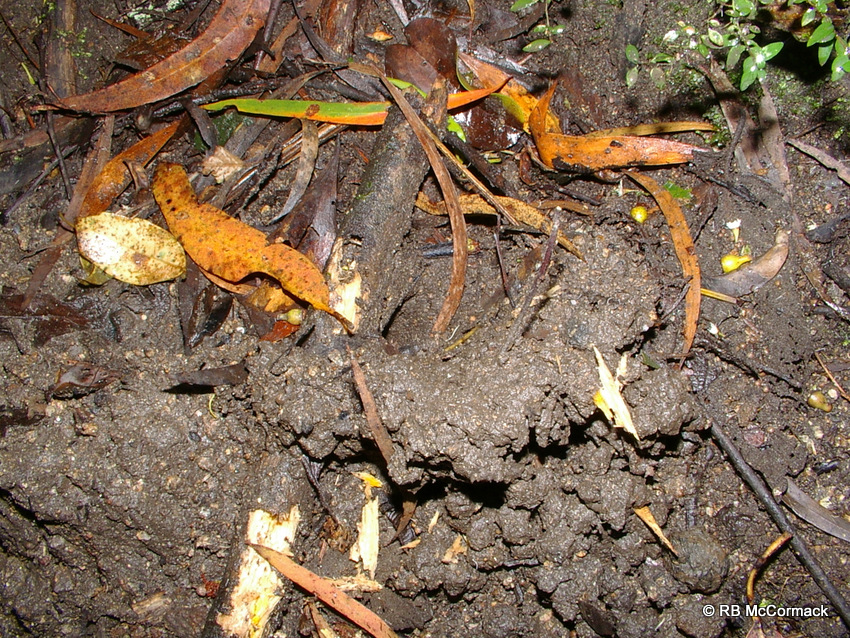 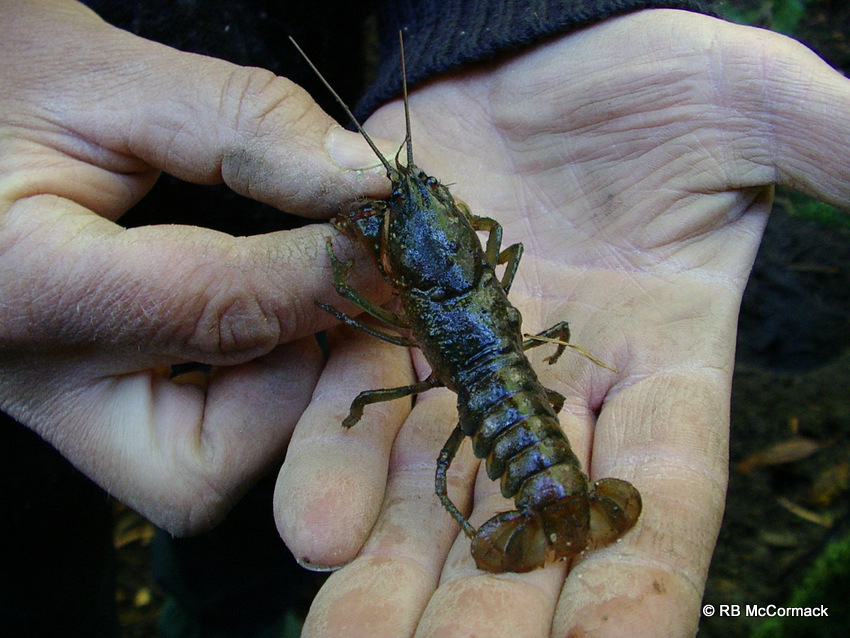 The crayfish dug from the burrow

Conservation status: ACP surveys indicate good population sizes in suitable areas scattered through rugged inaccessible country. All small Euastacus crayfish are protected by default in New South Wales and Victoria as they do not reach the minimum recreational fishing size limit of 9 cm OCL that is in place for all New South Wales and Victorian Euastacus species. IUCN Status: Endangered.

The Australian crayfish project is currently working on this species with a huge amount of specimens collected from the vast area distribution area. So far there are 5 morphologically distinct species currently classed as E. bidawalus. There will be new species described from this area in the future and I expect E. bidawalus will need to be redescribed just like E. diversus to incorporate the morphological variation.

If you like this post and would like to see more then help us out and DONATE a few dollars towards the cost of research which is all voluntarily conducted with great personal costs.