Euastacus balanensis is a dwarf group crayfish that prefers the marginal areas of creeks and streams of the Atherton Tableland of Queensland.

They are usually not found in the larger streams but will use them to migrate typically when in flood. They keep to the margins of the main streams and will also travel overland along the riparian zones.

Micro streams are the preferred habitat

Typically they make camp and populate the smaller feeder streams, creating deep and extensive burrow systems. We have captured them abundantly in micro streams with flowing water and occasionally from streams with no surface water but flowing subsurface water but it’s a species we just have not done enough research on, so lots of questions as to what they can and cannot tolerate re habitat. 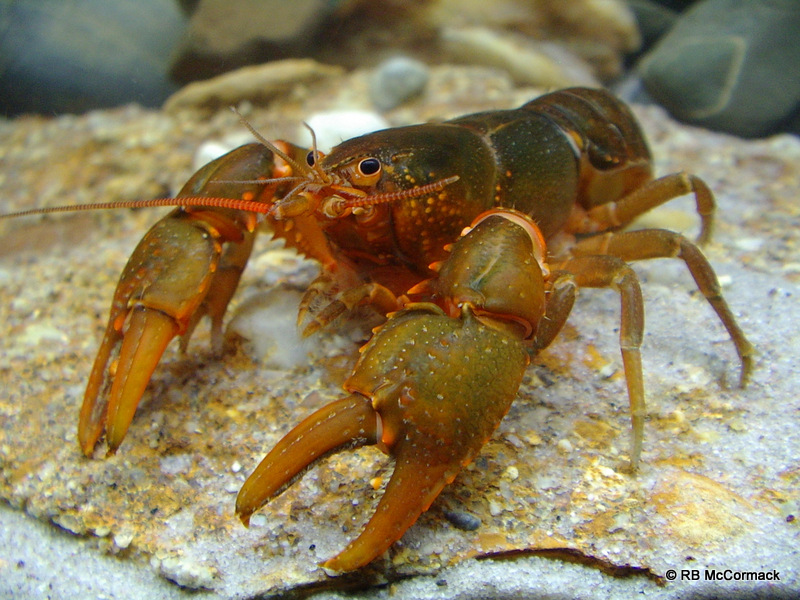 We captured two different colours from the same stream, not 100% sure as to why, are they different colour variations or just different moult cycle colours. Many crayfish species when freshly moulted have a lighter or different coloured new shell that takes many weeks to darken into the typical adult colouration. Again more questions. 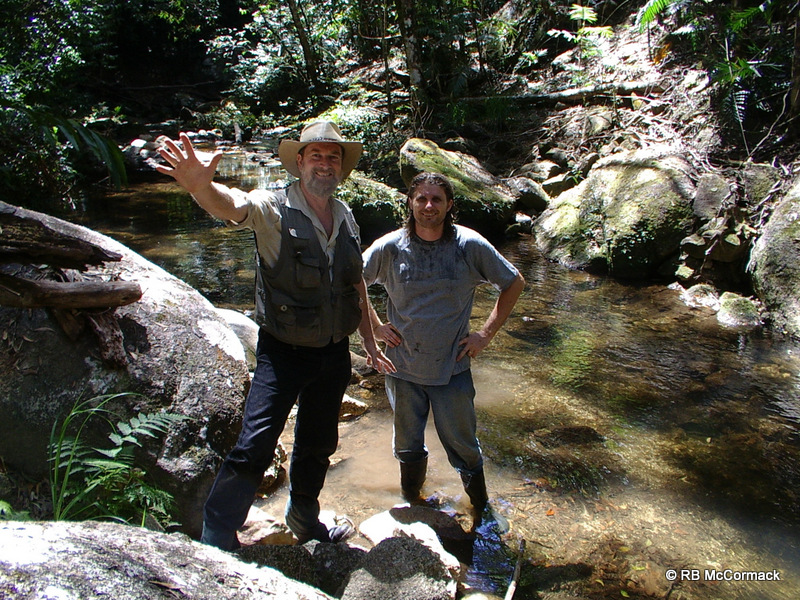 The species has been collected in tropical rainforests at altitudes above 750 m a.s.l. on the Atherton Tableland, west of Cairns and from the Bellenden Ker Range, Russel River, Mulgrave Rive, Davies Creek and Kauri Creek. The higher the elevation the more plentiful. 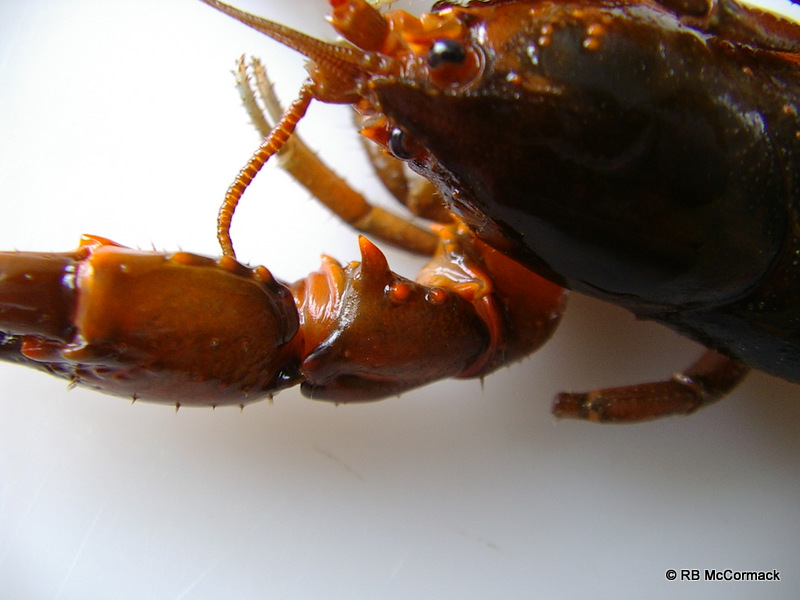 3 mesial carpal spines, the largest/distalmost offset from other 2 (occasionally 3)

They have a reasonably wide distribution but total population numbers seem to be very low. They are a high altitude cool water species of conservation concern and more research on this species is desperately needed. All Euastacus species of all sizes except E. hystricosus, E. sulcatus, E. suttoni and E. valentulus are fully protected in Queensland. Current IUCN Status: Endangered.

For further information, scant as it is get the book “A Guide to Australia’s Spiny Freshwater Crayfish” https://www.aabio.com.au/products-page/