Euastacus australasiensis is an intermediate group crayfish that is shy and elusive, rarely being seen even when high populations are present. 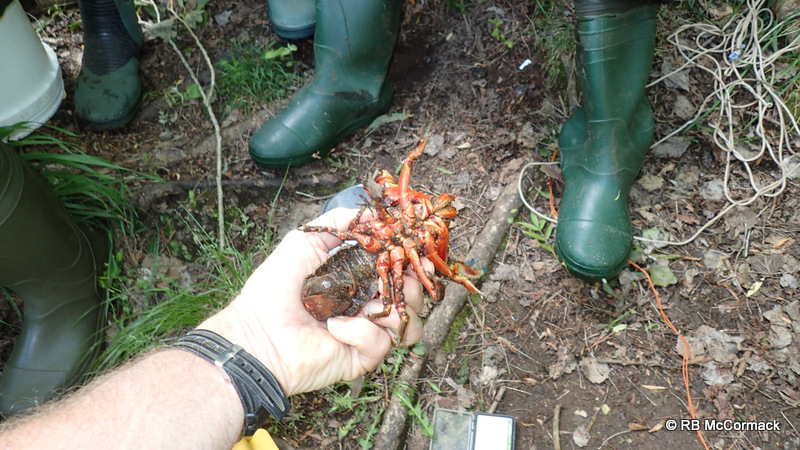 They attain a maximum size of over 200g, (we just dont know how big they grow-large animals are too smart to be caught, but there are some very big burrows out there so we expect some very big animals still to be documented). The largest specimen in the ACP collection is 191 gram and 70.05 mm OCL from someone’s backyard, in a tributary of Leura Creek in the Blue Mountains. 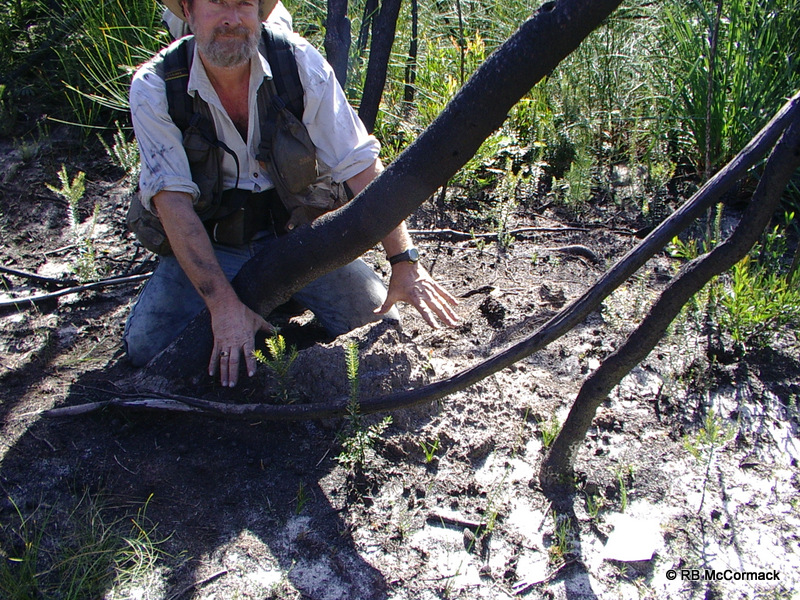 Rob McCormack in Ku-ring-gai Chase National Park after a bushfire, the best time to check for huge burrow systems in the bush

They are active both day and night and it is usually the smaller 10 to 30 g weight range that can be seen wandering their small pools from about mid-afternoon. Any movement from an observer, however, will see them disappearing under cover, as they are a secretive species with the large adults rarely coming out of their burrows during the day. 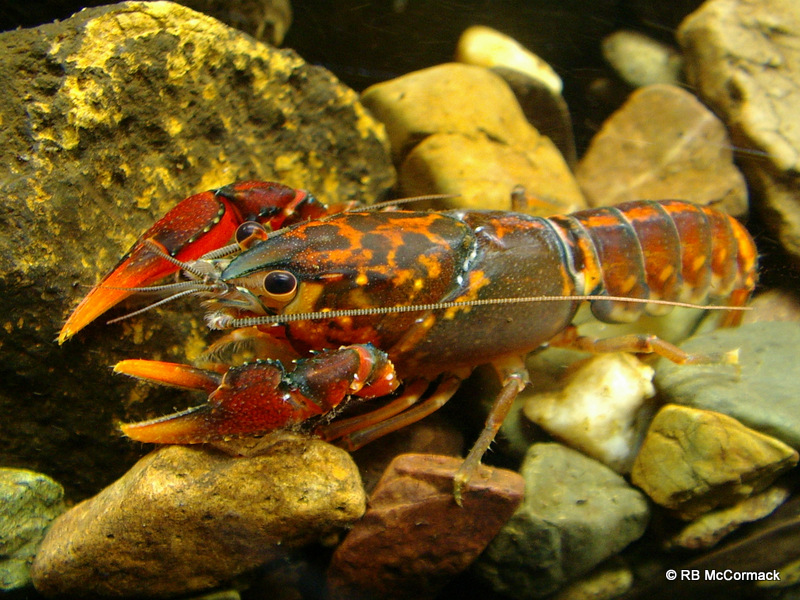 Juveniles can be weird colours. Girrakool near Gosford NSW

They are scavengers foraging both in the streams and along the banks, are relatively nonaggressive to each other, both small and large crayfish will often live in close proximity. Breeding commences in May to June each year with relatively small broods of 100 to 150 crimson eggs. 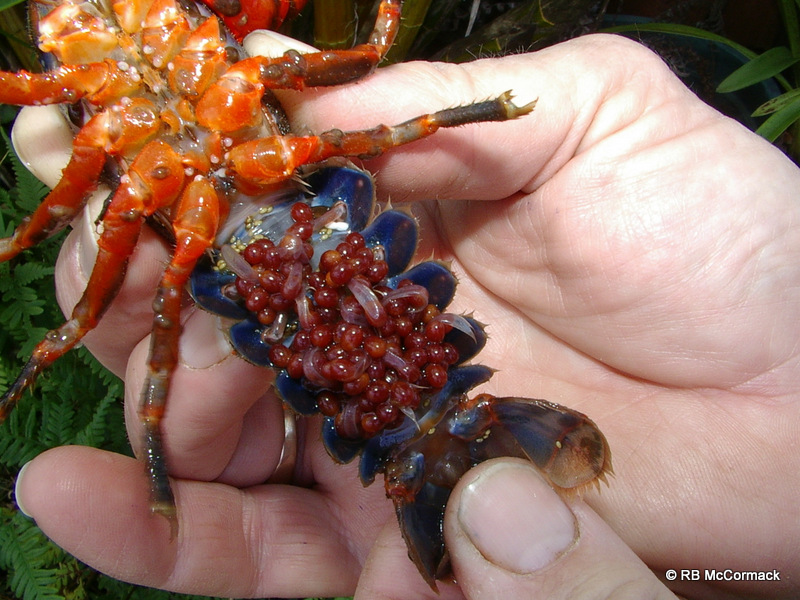 Euastacus australasiensis prefers clean, clear mountain streams and small rivers that drain through predominantly sandstone country from near sea level to over 1200 m a.s.l. That said it’s an adaptable species that will colonise any permanently wet area from swamps and bogs to roadside drains and seepages. 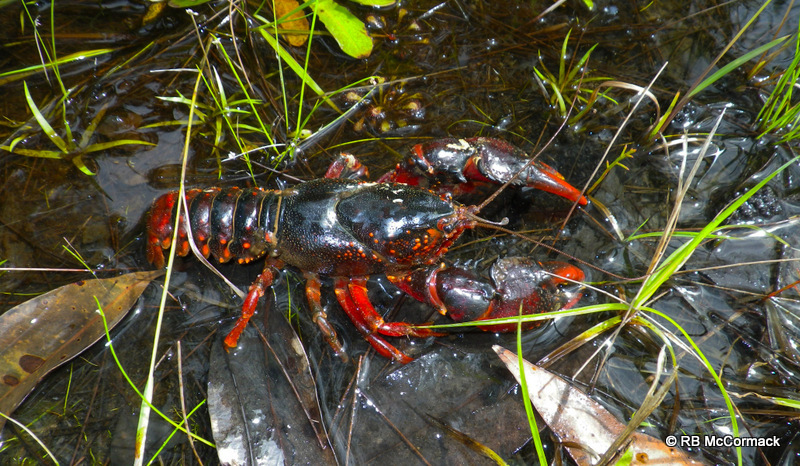 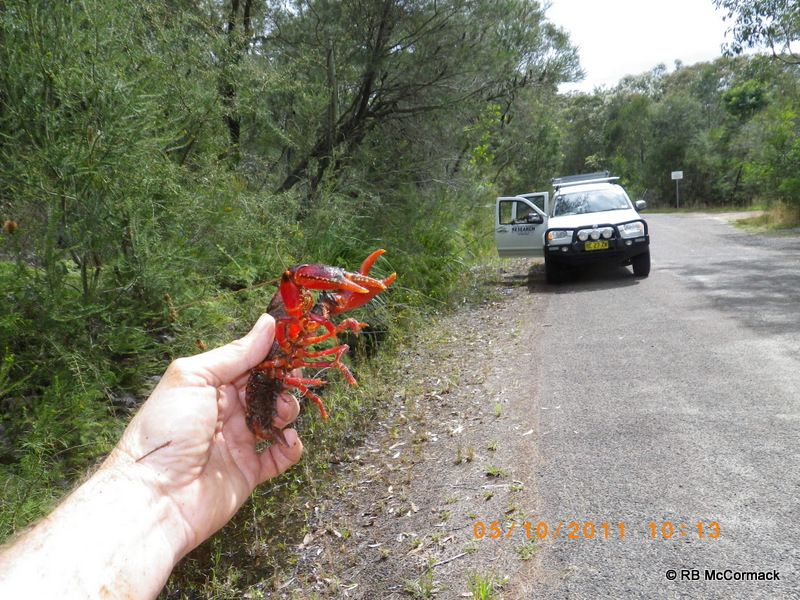 Captured from this drain beside the road (dug from burrow) 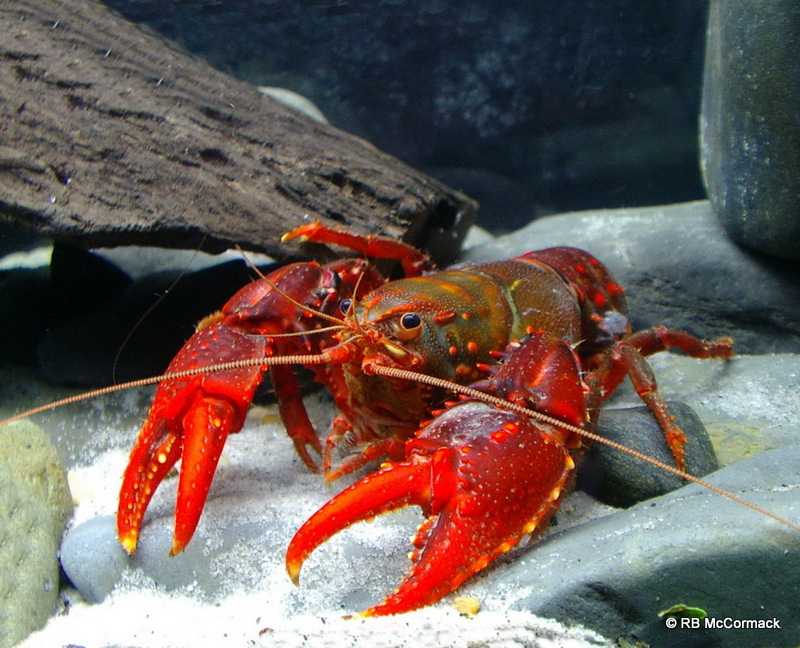 Found in the largest Australian urban areas like Sydney and Gosford, this species can be bright red looking just like a cooked crayfish. 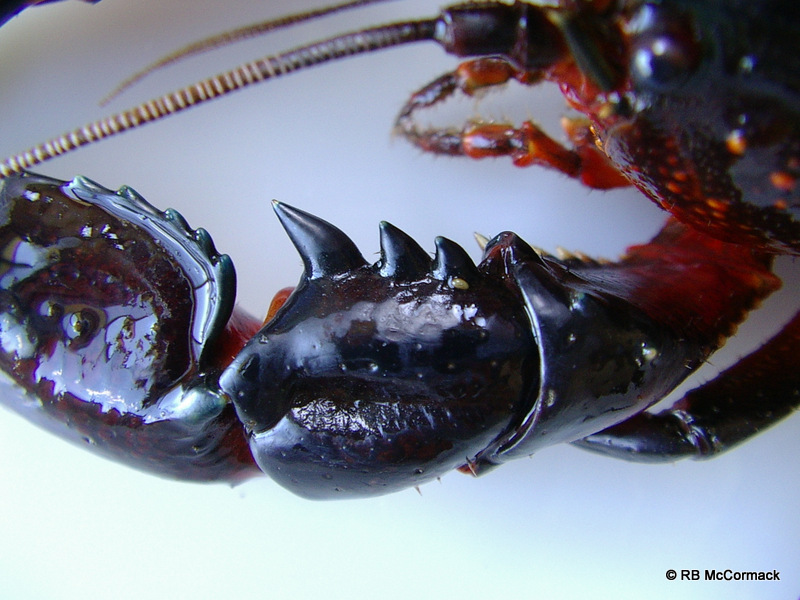 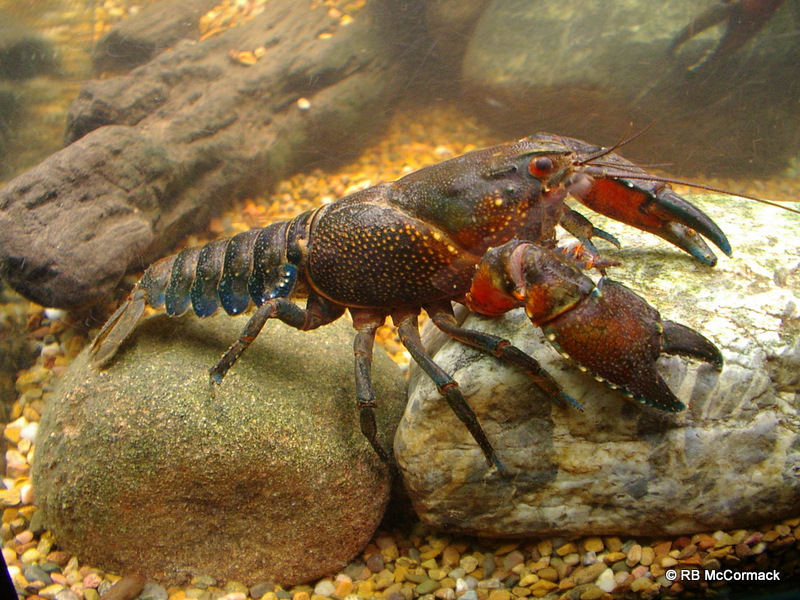 All intermediate group species are protected by default in New South Wales as they do not reach the minimum recreational size of 9 cm OCL that is in place for all New South Wales Euastacus species. IUCN Status: Least Concern. Generally they are not subject to rampant illegal fishing like other species but are attracted to baited traps so easily captured. Being an urban species they are highly susceptible to urban pollution. Readily available pesticides like Bifenthrin pesticide that can be readily purchased over the counter to control ants are a major concern. These type insecticides are having a devastating impact on this urban species. People buy this insecticide and irresponsibly sprinkle it all over their lawns and road reserves. When it rains this poison ends up in the drains and then the local creek where it is highly toxic and then kills all the crayfish. Anything that kills one invertebrate generally kills them all.

These pesticides need to be banned as over the counter readily available poisons. Irresponsible idiots should not be allowed to purchase these insecticides and ONLY RESPONSIBLE PROFESSIONALS TRAINED IN THE THE APPLICATION AND DISTRIBUTION OF THESE POISONED SHOULD BE LICENCED TO USE THEN! 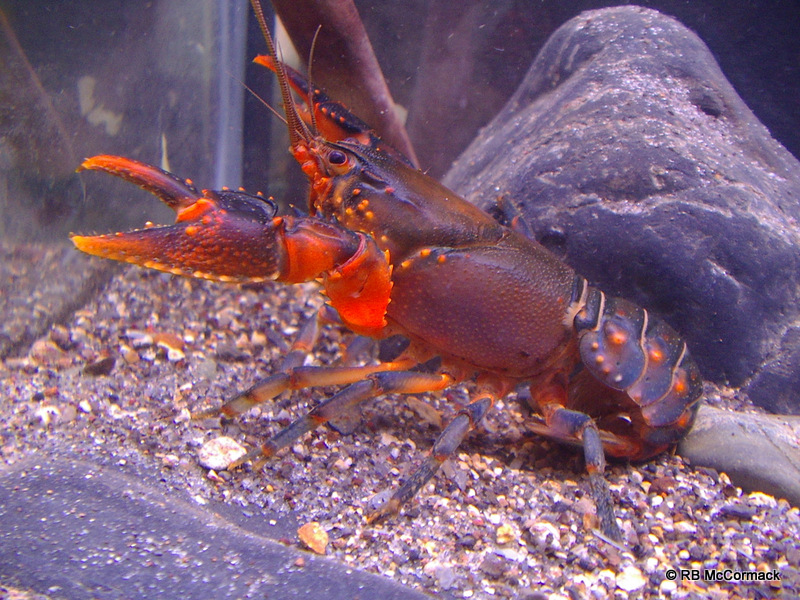 Another current ACP Project concerns this species in western drainage of NSW. Stay tuned for updated as this project progresses. 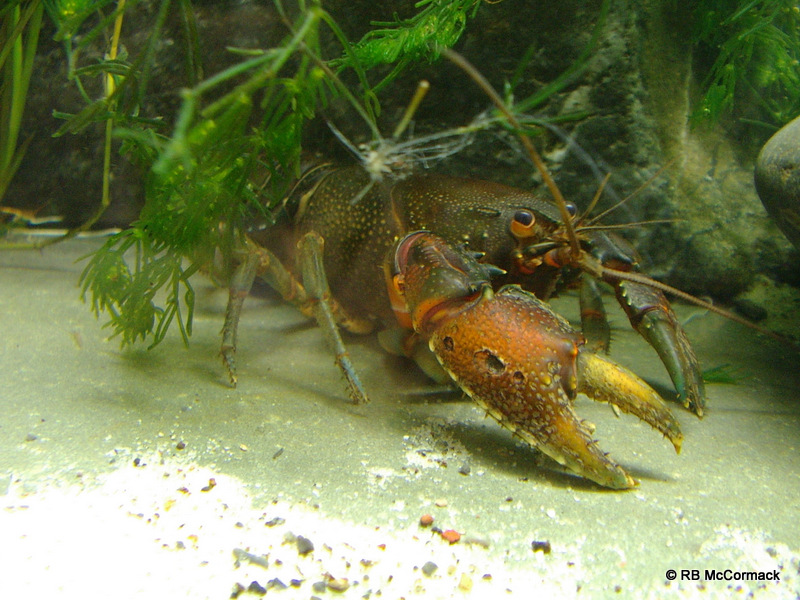