Research continues on Euastacus reductus, a true dwarf group crayfish from mid-eastern New South Wales. It can be found in a wide range of habitats from flowing streams to seepages and swamps. This is the most widespread and prolific dwarf group species in Australia, but despite its wide distribution, it’s an elusive species that most people never know occurs in their area. 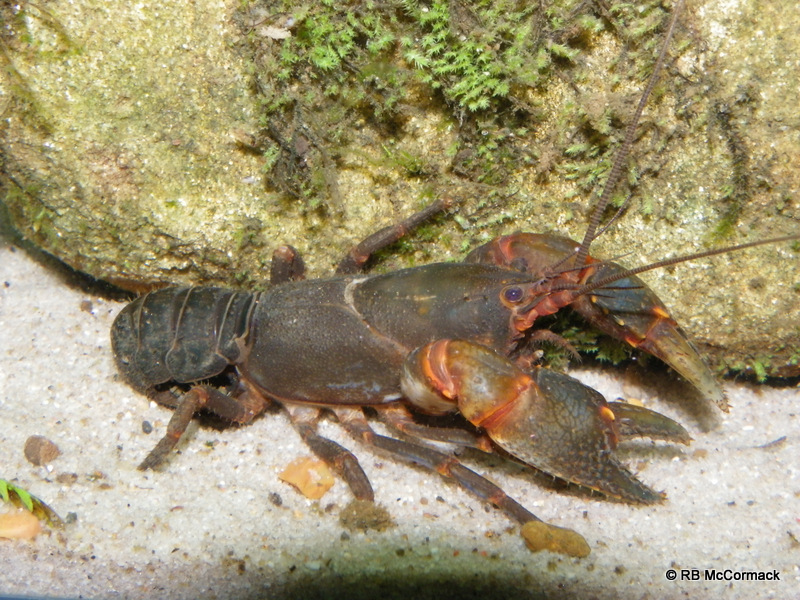 A nocturnal species that is rarely captured in a trap. A typical dwarf group species inhabiting marginal areas away from the deep permanent water that other more aggressive and outgoing species occur. It’s these species that are typically captured in large numbers in traps. 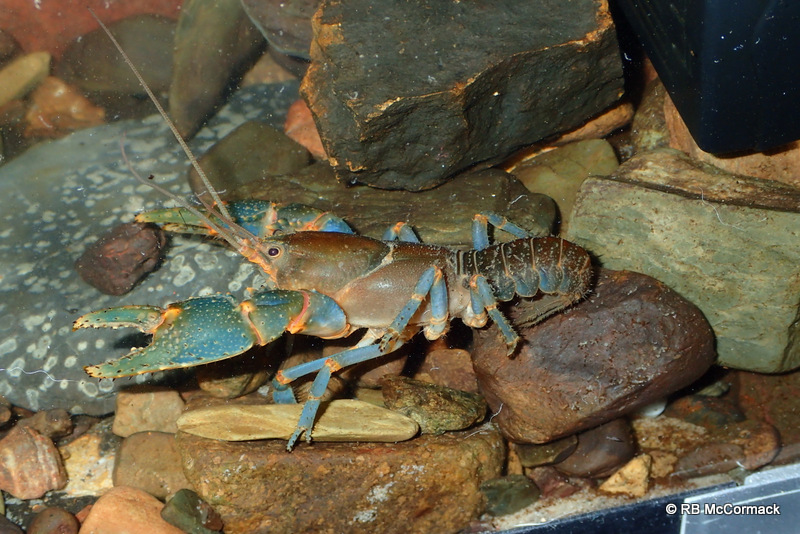 An extensive burrower with multiple entrances and multiple chambers, with the individual immature and male crayfish seeming to have multiple burrows that they move between. Burrows extend deep into the forest floor, with numerous entrances well above water level. Much of this intricate and complex burrow system is high and dry, with these crayfish spending much of their time within dry burrow systems. 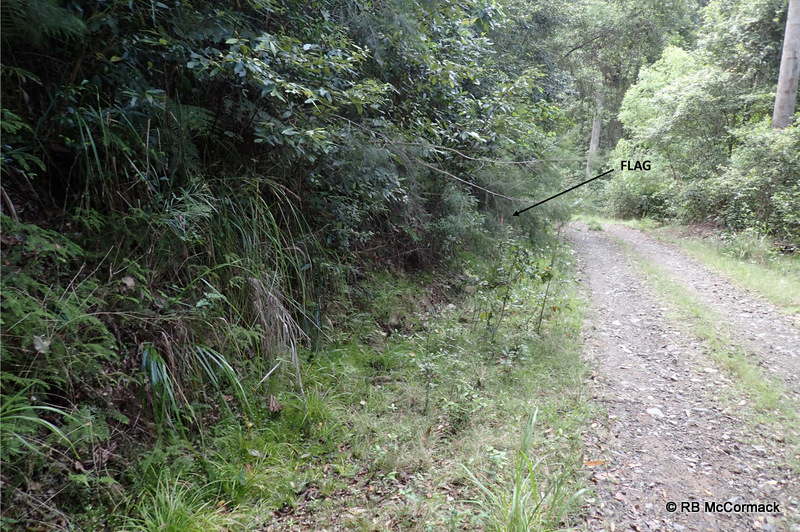 1. A cray burrow on the side of a forest road (Wilson River)

This road is a good 70 metres above the local creek, however its the south side of the mountain and damp conditions and seepages are common on south facing mountain sides. 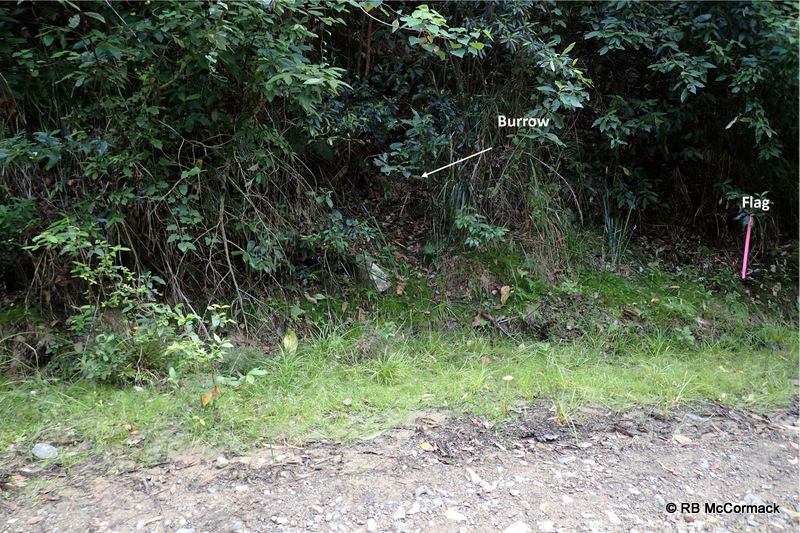 2. Looking at the cray burrow

There is seepage water in the drain beside the road but just damp conditions up the mountain side. This is very suitable habitat for E. reductus with none of the other species in the area wanting this marginal habitat area. 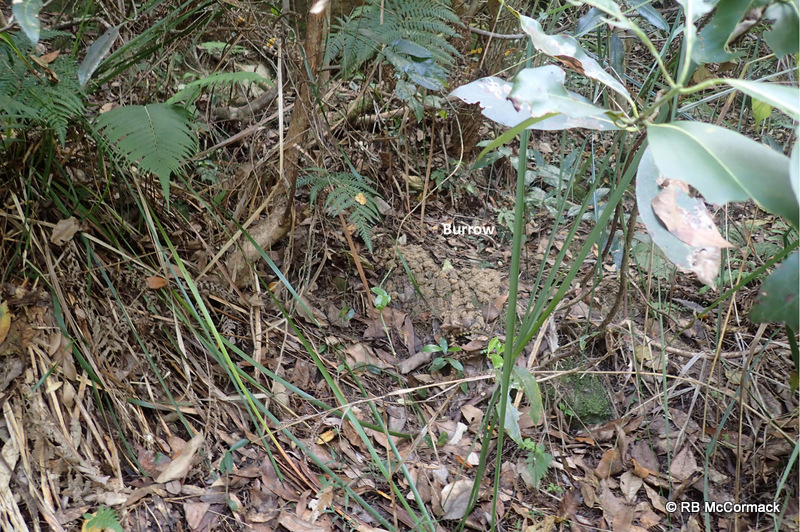 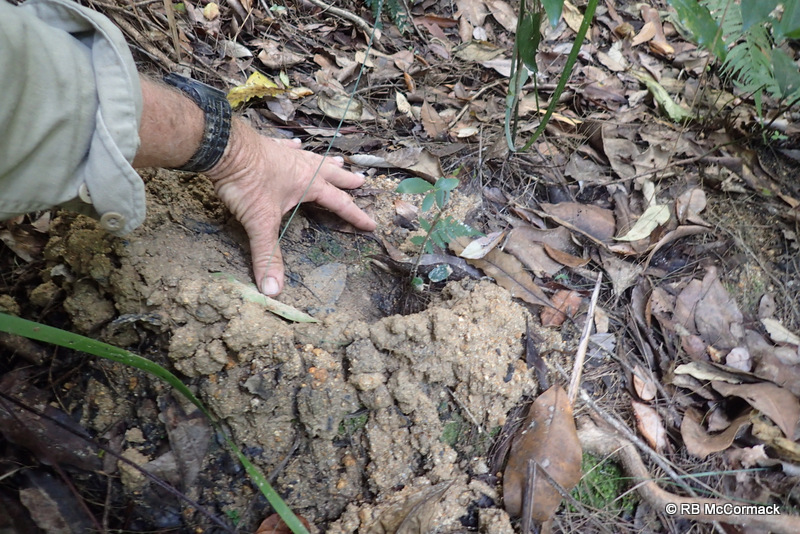 5. The burrow is significant in size

Capturing specimens is difficult, the area can be riddled with burrows entrances but it may be days, weeks or years before the crayfish would use that entrance/exit. We are currently experimenting with both mist net snares and modified Norrocky traps to capture crays. 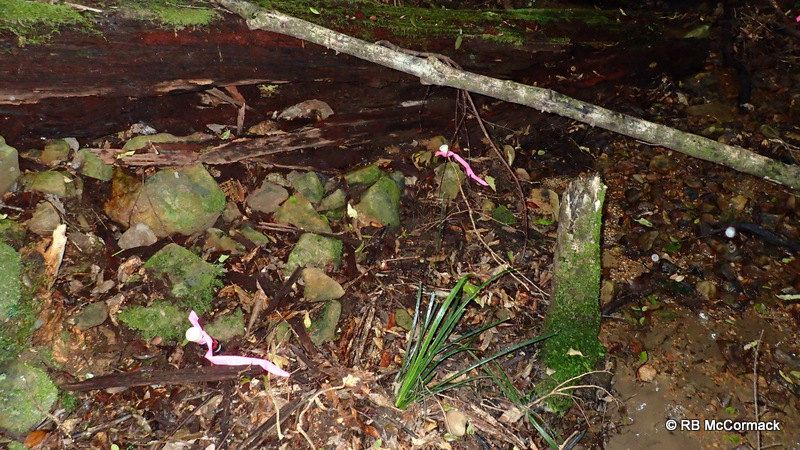 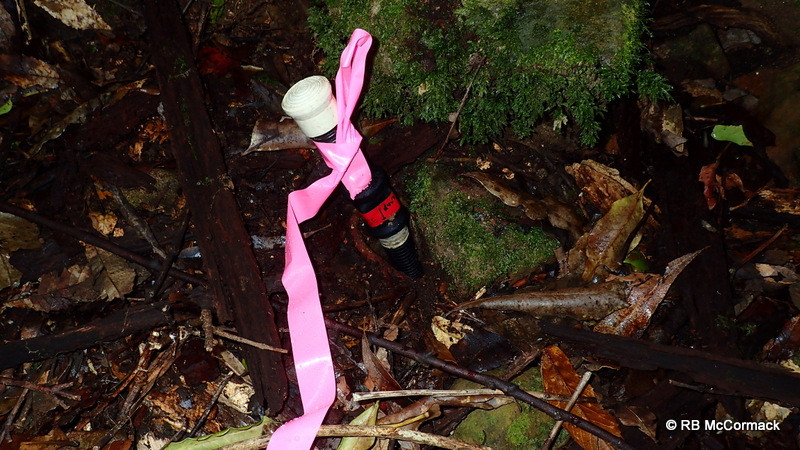 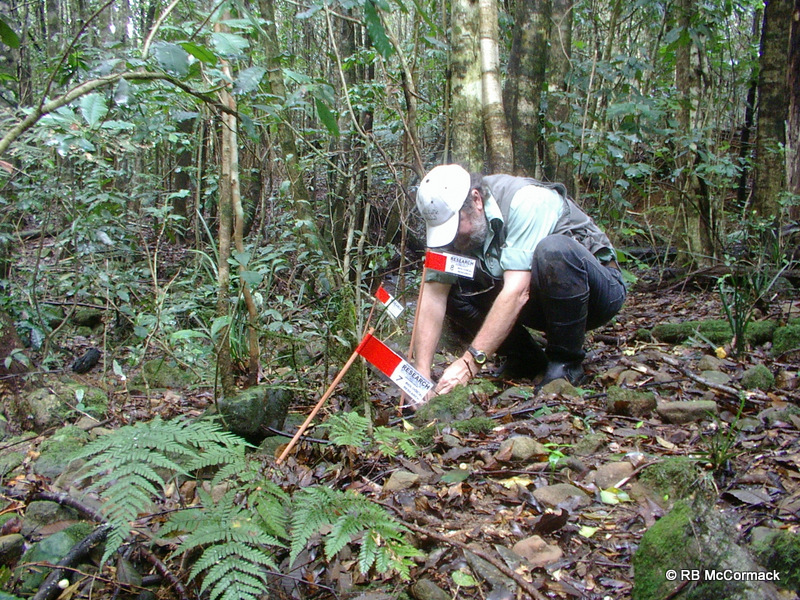 Setting Mist net traps in burrows on the forest floor 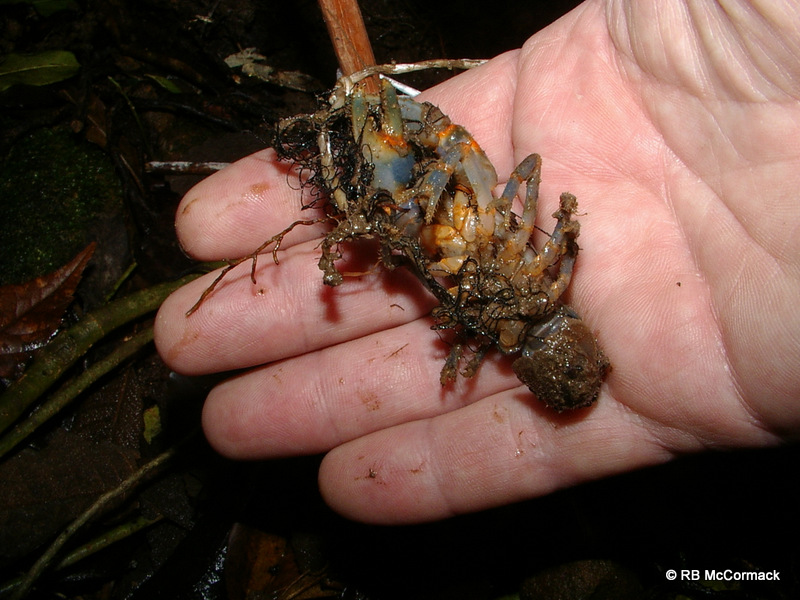 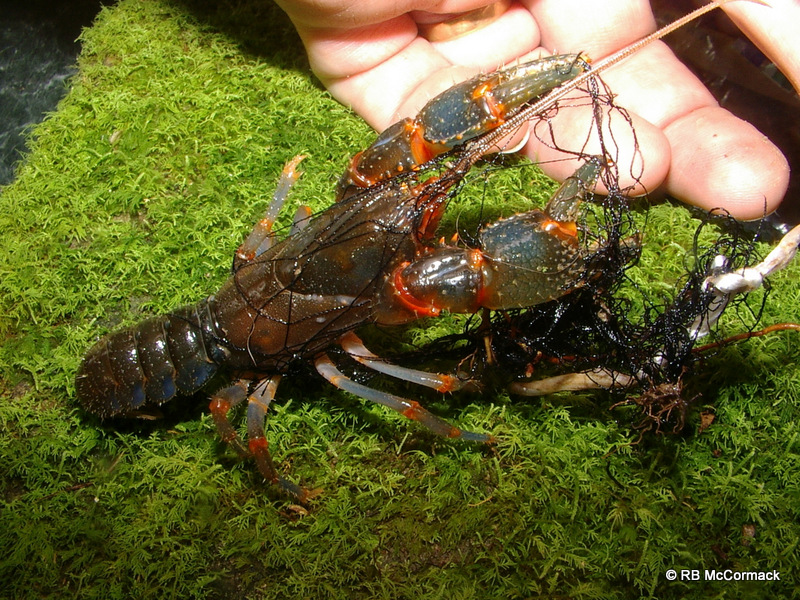 Distribution (Extract from The Spiny Freshwater Crayfish book)
This is the most widespread and prolific dwarf group species in Australia. Found from the Wilson–Maria River catchment in the north to the northern side of the Hunter River in the south in eastern flowing small streams and the marginal areas of larger streams and rivers. Drainages include the Hunter, Paterson, Williams, Karuah, Myall, Coolongolook, Wallamba, Manning, Hastings and Wilson rivers. They are a broad altitude species ranging from 30 to 900 m a.s.l., but are most common in the 150 to 500 m range. The most northern populations (Wilson River drainage) share the streams with E. dangadi. Further south they share with E. spinifer, E. polysetosus, E. spinichelatus, Euastacus sp. 3, Cherax setosus and Gramastacus lacus. 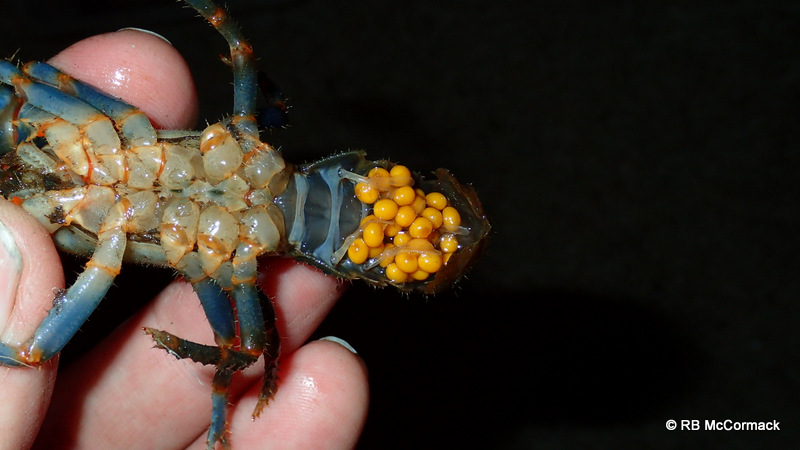 Research continues and eventually we will publish a paper documenting our results.