Euastacus dangadi is relatively widespread and prolific, currently listed as “Least concern” on the IUCN Red List. It is found in coastal mountain streams of New South Wales from north of Coffs Harbour to Telegraph Point in the south and Rolland Plains, Dorrigo and Nymboida in the west. Generally, the smaller more intermittent streams or flowing streams in the upper catchments have the largest populations. The shallower feeder streams with few eels are the preferred habitat. They are  a lowland species found from 50 m to 550 m a.s.l. Drainages include the Clarence, Nambucca, Bellingen, Macleay and Wilson river systems. 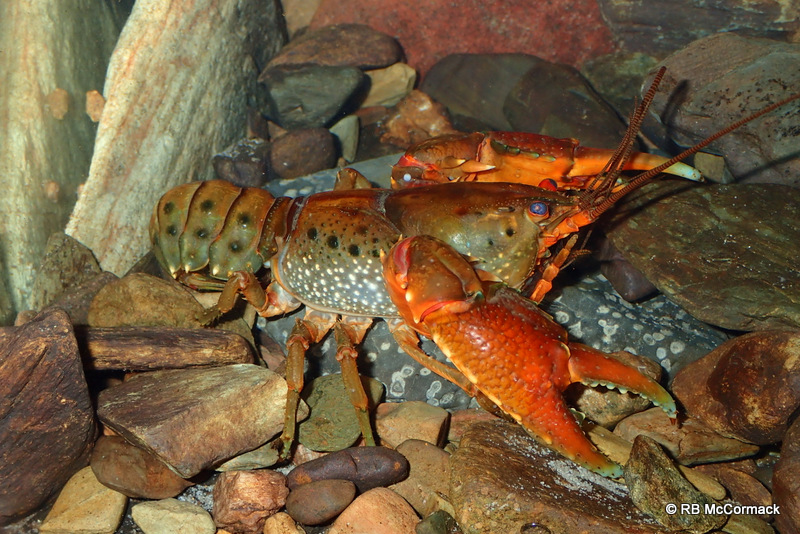 These are from the Bellingen area from small, clear, flowing side streams feeding the main river. In the main rivers throughout the area you will not find them in the large deep pools, they are mostly restricted to the margins, shallow riffle areas and feeder streams, to avoid the predators like eels, turtles and bass that infest the main rivers. 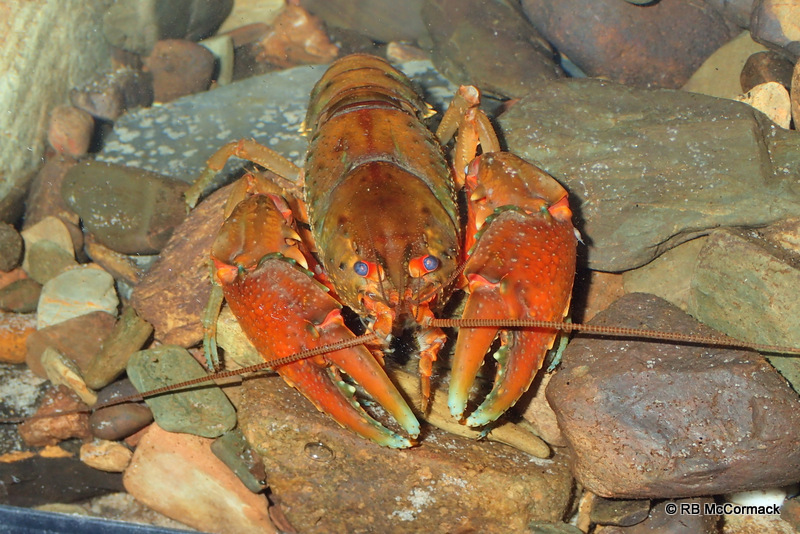 All small Euastacus species are protected by default in New South Wales as they do not reach the minimum recreational size limit of 9 cm OCL that is in place for all New South Wales species. Anyone found with this species in their possession is in breach of the Fisheries Management Act and will be subject to prosecution. Look-photograph-but NEVER TAKE.