The amazing variations in colours of the Lamington Crayfish Euastacus sulcatus 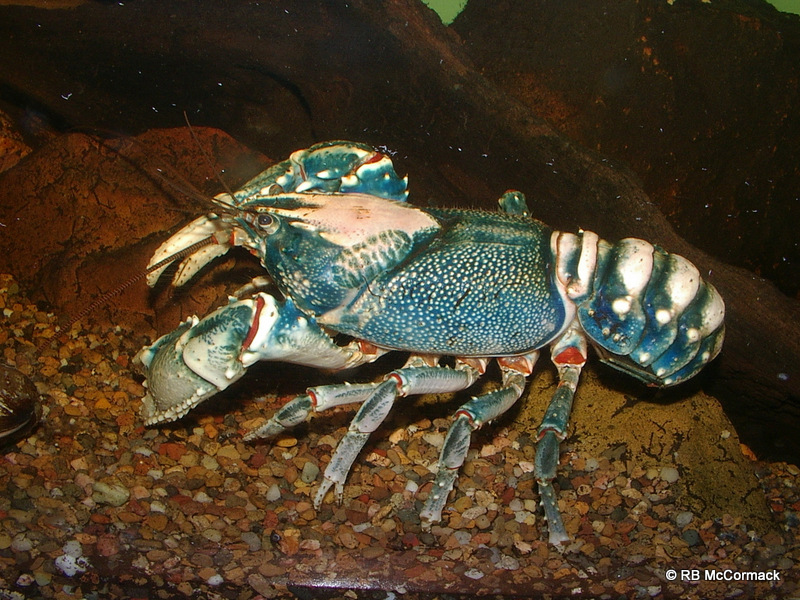 The Lamington Crayfish (also known as the Mountain or Skeletal Crayfish) Euastacus sulcatus, is best known from its type locality in Lamington National Park, Queensland. 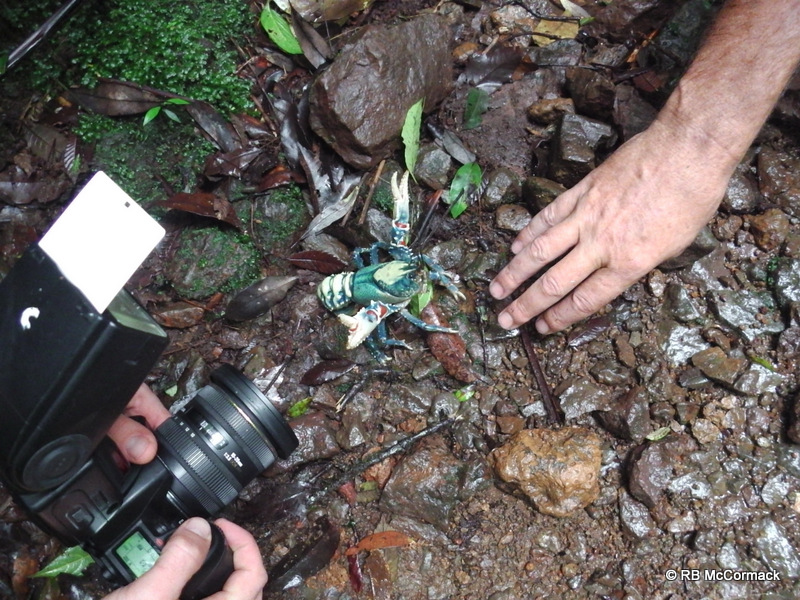 A member of the Giant Spiny Group of crayfish (McCormack 2012) they grow to a large size and are fearless. Typically in the Lamington NP area they are a vivid blue and bright white colouration making a spectacular crayfish to photograph. They are large, strong and fearless and actively wander the forest floor scavenging and are regularly seen by bushwalkers in the area. 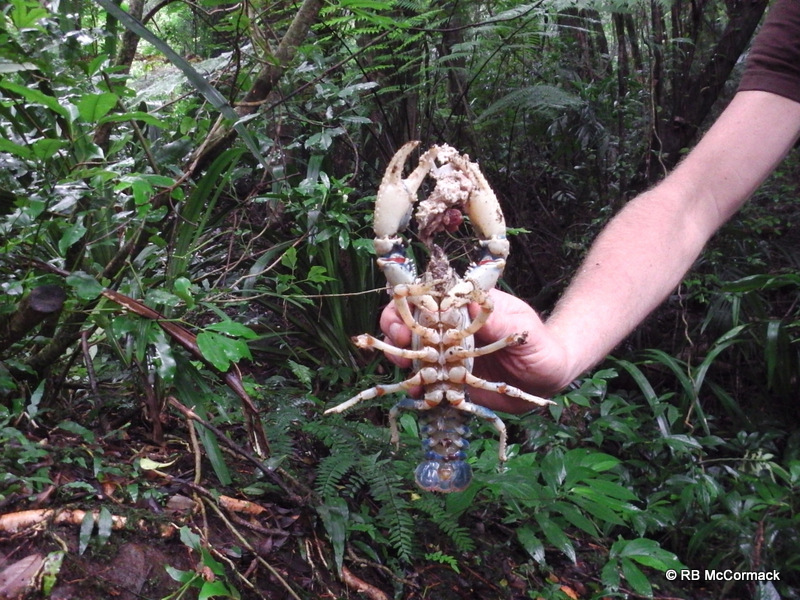 Usually, when you see a photo of a Lamington crayfish it is this typical blue and white colouration, but colour should never be used to identify a species. Euastacus sulcatus is a widespread, well distributed species occurring in both NSW and Qld.

Extract from “A Guide to Australia’s Spiny Freshwater Crayfish”

Distribution: Found along the New South Wales–Queensland border region with a large scattered distribution from 100 m to over 1000 m a.s.l. To the west, on the north branch of Glengallan Creek (Condamine–Darling rivers) and Gap Creek, a tributary of Warrill Creek (Brisbane River). To the east is Mt Tambourine (Queensland) and Mt Warning and Yabbra Range (New South Wales). Drainages include the Tweed, Clarence and Richmond rivers of New South Wales and the Nerang, Albert, Logan, Brisbane and Condamine rivers and Mudgeeraba, Tallebudgera and Currumbin creeks, Queensland.

Across this vast distribution and different drainages, the general colour of the species varies considerably. 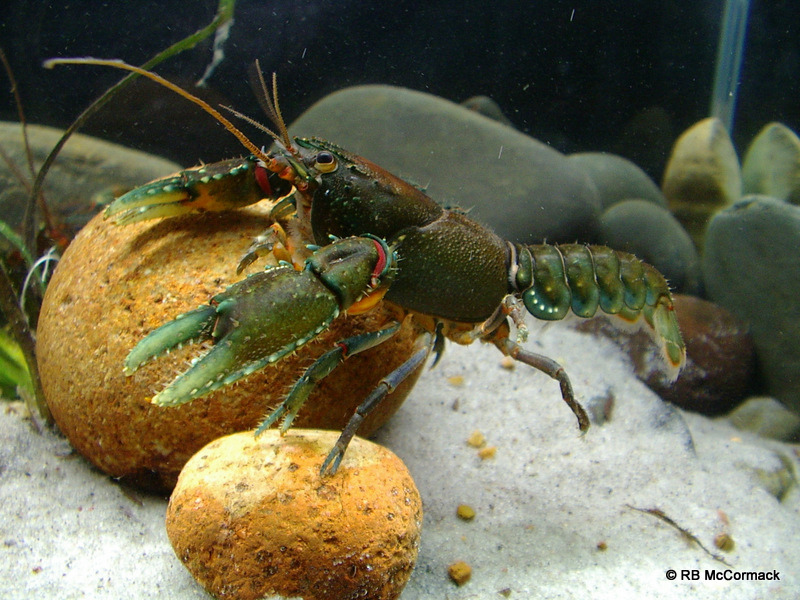 In the far west of their distribution in the Main Range, Queensland. In the North Branch Creek of Glengallen Creek (Condamine–Darling river drainage, Qld) they are a darker green colour with very pale white colourations in spines and claws. 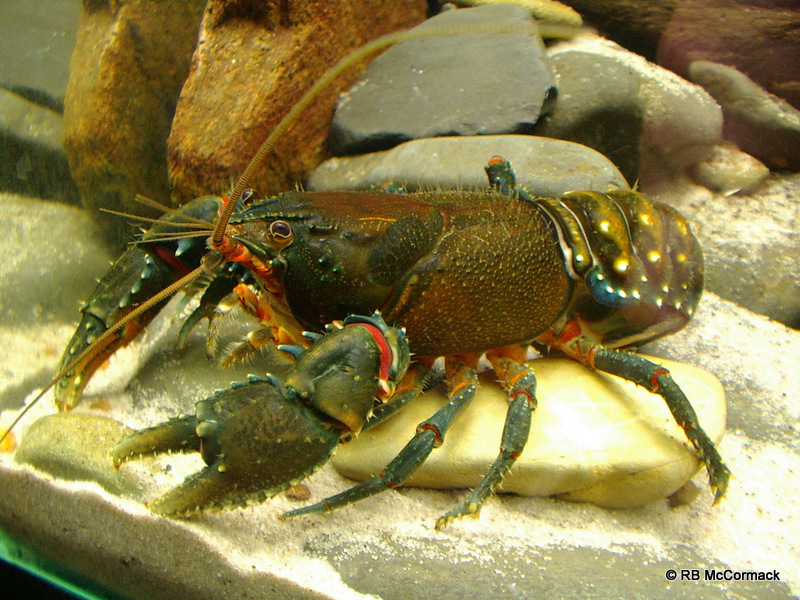 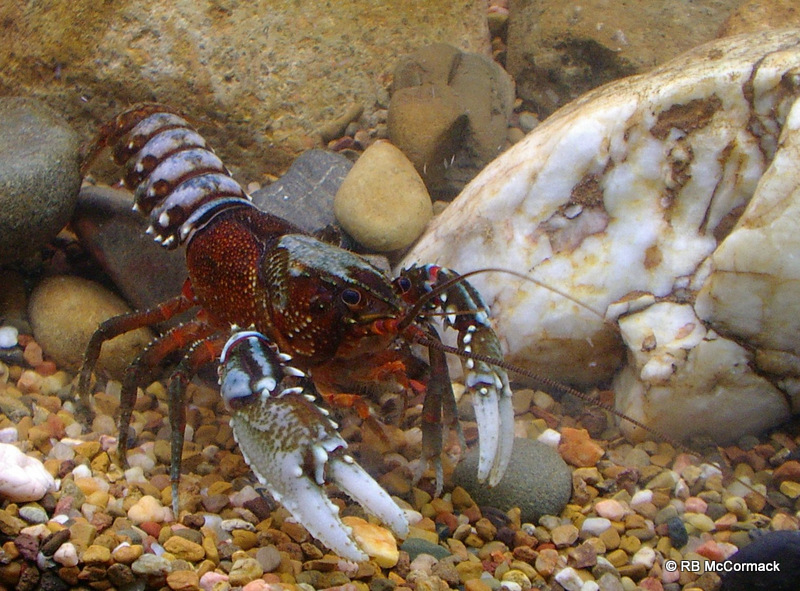 Then nearby in Brindle Creek, Border Ranges National Park (Richmond River drainage NSW), we get a rusty red colouration with the large bright white highlights. 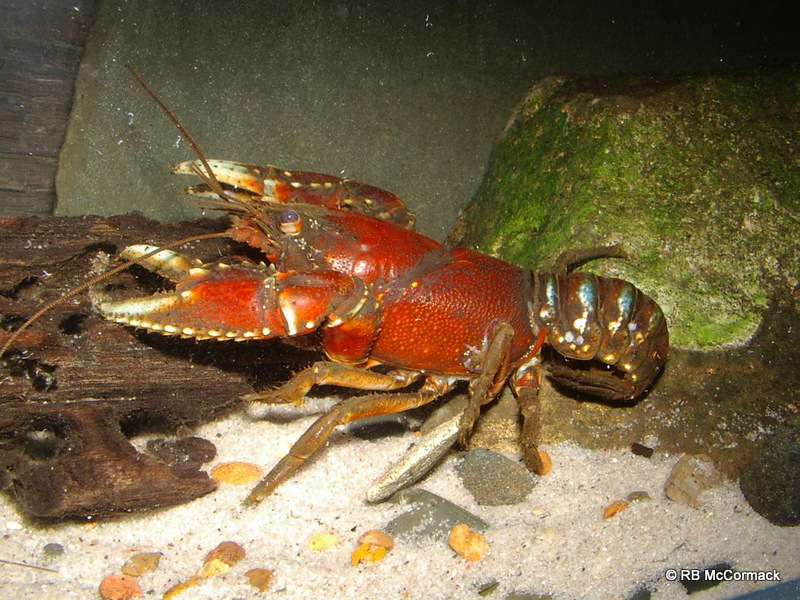 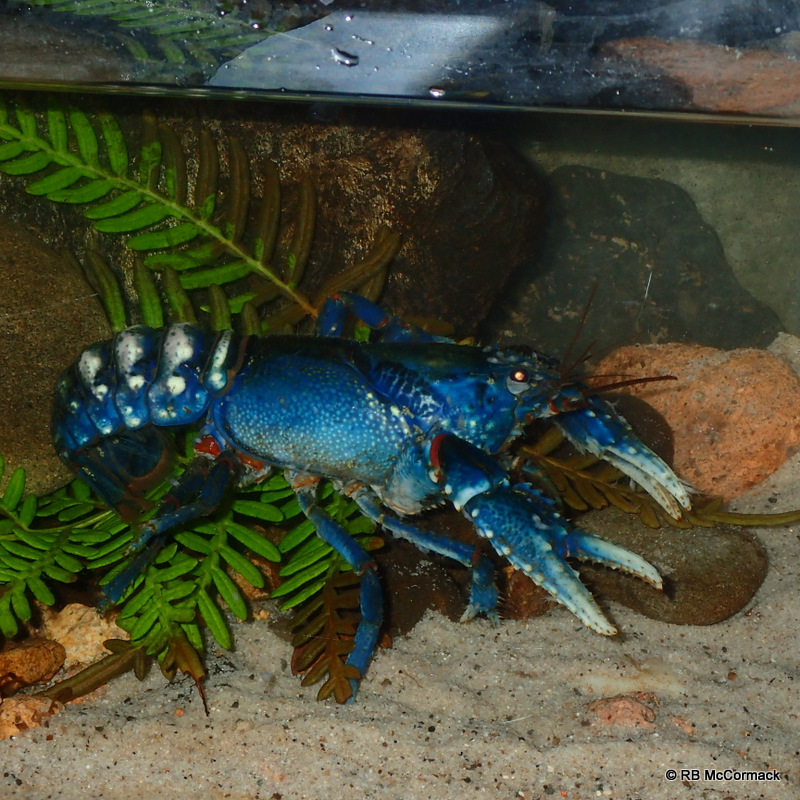 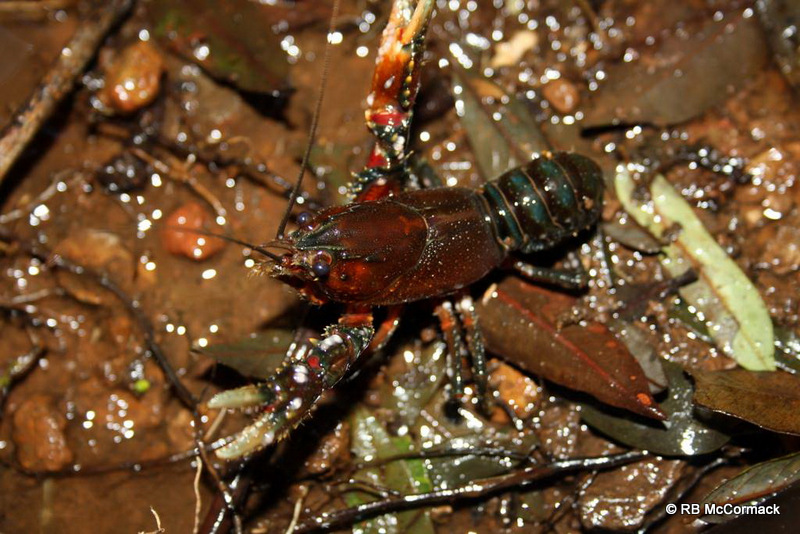 Mount Tamborine, (Albert River drainage, Qld), this one has it all, brown, green, blue and white.

Finally, this Euastacus sulcatus from Cave Creek, Natural Bridge, Springbrook National Park, (Nerang River drainage, Qld). This is the rare, pure white variation. You are very lucky if you see one of these.

Euastacus sulcatus prefers rainforest stream that are clear and clean and nearly always flowing, they have gravel, sand and rock bottoms with lots of boulders and a sediment layer that is fine and black from the surrounding rain forests.  Large crays will be found in the main permanent streams but juveniles will be forced to the margins and found in the marginal areas away from permanent flowing water. Like all juveniles of the giant spiny group of crayfish E. sulcatus juveniles have the bands on the 1st and 6th somites. The band on the first somite fades by the first year but the 6th lingers longer (August), claw tips remain cream.

They are a hissing species like most spiny group crayfish.  Anything over 70 gram will happily hiss away at you, as they try to attack you with their raised claws.  These little critters do not take any lip from anybody, they are generally very aggressive. They are a predatory species and will take baits so are relatively easily captured, making them extremely vulnerable to capture and theft. All Euastacus sulcatus all sizes in both Queensland and New South Wales are protected and it is illegal to have one in your possession. Please, do your bit to help preserve this vulnerable species. Look, enjoy and take a photo, but don’t take them.