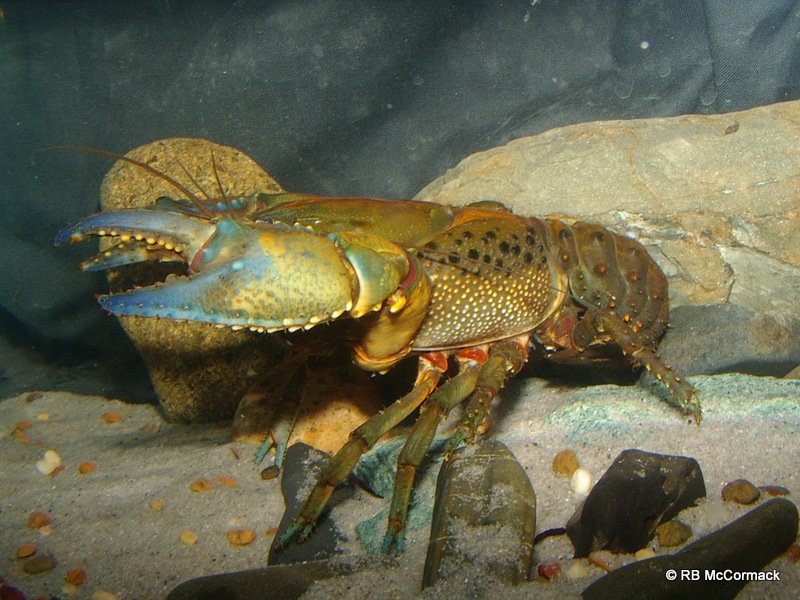 The first specimens of this Euastacus species were collected in 2008 by researchers of the Australian Crayfish Project, then over the next 9 years with the assistance of the Australian Museum research group the project continued, finally culminating in the publication of this new species description. 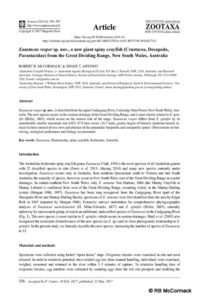 Both Euastacus armatus and Euastacus vesper occur in the upper Cudgegong River and this has led to much confusion in the past. Additionally, E. vesper resembles Euastacus spinifer that occurs in the adjoining eastern drainage of the Hunter and Hawkesbury rivers. Whiterod et al 2016 completed a study on the Murray Crayfish Euastacus armatus. In that study they found that the E. armatus population in the upper Cudgegong River is more than likely a translocated population. 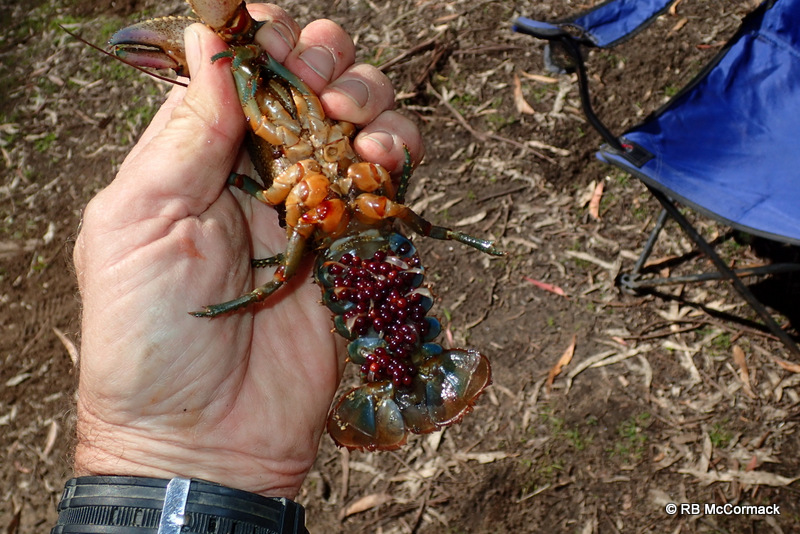 Preliminary surveying of the area indicate the distribution of the new species is restricted to a relatively small area. This area has been dramatically altered by a series of dams, rampant land clearing and rural development extracting water. Add a translocated giant spiny competitive species and heavy recreational fishing pressure all ads up to extreme danger to the long term survival of this unique species.

The next project for Shane and I will be to complete a full survey of the whole area to define the exact distribution of this new species. Once that’s completed we can complete an accurate conservation assessment. Initially, we would expect a listing of Critically Endangered would be appropriate for this new species 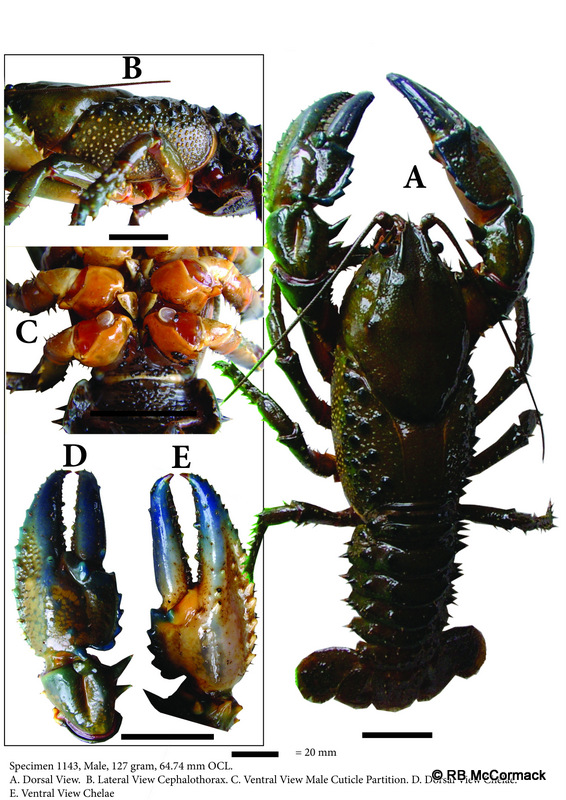 In this study, we formally describe the new Euastacus species, increasing the number of species of Euastacus to 53. A number of other new Euastacus are currently in preparation so this number will rise in the near future, stay tuned.